the end of the beginning 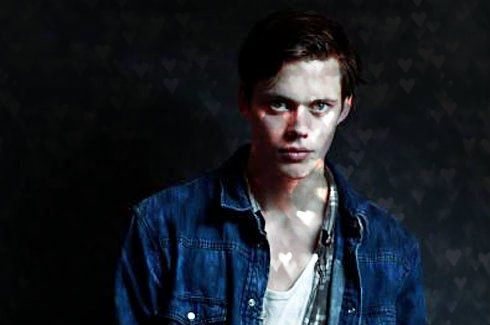 Roman was alone now. So alone.

He'd walked the halls for so long. His thinking was beginning to be desolate. Why hadn't he held on to the one thing that could have possibly made a difference?

He thought he was quite stupid, after all. And not even the blood could wash away any of the nightmares in his head.

Oh yes, he saw Letha, but she was just a ghost and she couldn't stop crying. He could not stop the tears, either. But she was there like a shadow. After awhile, he found her murmurs quite comforting. Almost.

The baby was named after Shelly. As much as he hated to look at her, he could not stay away. But then, he didn't really know what he was doing. Thus, the nurse took most of the nights the baby cried through.

Norman was such a zombie. What ever could he do with the old man? Than to put him where his patients went. Some things Roman could not handle. His uncle was one of them.

So here he was all alone in a massive estate not wanting to go on, and needing Peter all the more.

Where in the hell was he?

Of course, during the full moon he'd scope the lands hoping for a sight of Peter. Somewhere out there they were bound to cross paths, even if Peter were only a wolf. They were still best friends, weren't they?

But there was no black wolf out there. And it baffled Roman. How could Peter possibly stay away for so long?

The summer nights were beginning to have a chill. And Roman was hungry. Only he wasn't sure what that might be. Would a stranger do, or could he suffice on small critters? Wasn't like he was susceptible to sunlight.

But he'd noticed a change in himself too. He couldn't find joy in any of his old life. Lord knows, he'd tried. Somehow, it always came back to Shelly. But no one knew a word about his baby sister.

He went in bouts, helping with the baby more. He would bath her, dress her in outfits that no one would mistake her as a princess. No, he would make her strong. She would be independent. Even a warrior. And she'd find the best in people. She would be just like her mother, but with the heart of gold of the only person he knew who was far stronger than he could ever be. Shelly.

Just when Roman thought things were getting better, and he might even go back to school because the past year really sucked and his grades weren't much...he saw her one night. Out in the woods.

No. Not Shelly. If only it could have been. But the white wolf. She was back. Someone forgot to chop off the werewolf girl's head.
Posted by ellie at 3:29 PM 3 comments: